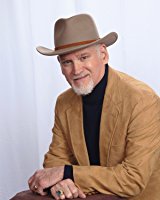 Interviewer:  Why do you write epic fantasy for the YA and adult market?

Craig:  Fantasy is the product of imagination. The imagination is our mental growth engine. As children, we all have vivid imaginations, but society urges us to stifle it as if childish. We should be encouraging, feeding, exploring our imaginations. Would we have personal computers if someone hadn't seen the old industrial computers and 'envisioned' having one at home? Imagine the Internet!

We can see ourselves in epic fantasy. The young hero questions, as we all do, will we be good enough to meet our parents' and society's expectations. Epic 'challenges' represent the worst fears we all have that can prove our worth or destroy us. Don't we all have that insurmountable fear? In fantasy, fear of an overwhelming power is manifested in a personification, the dragon, a griffin, etc.. It puts a face on that terror or that positive power. Thus the universal fascination with dragons.

I write epic fantasy because it is the imagination coming alive depicting the vitality of of the essential elements of real life.

Interviewer:  Some people put down fantasy as not real. How do you respond to that?

Craig:  Really good fantasy maintains credibility such that the reader can believe it is possible. An example, in my second book, The Crystal Legacy, there is a character, the Astorax, who is half man half deer. He is the manifestation of all those who are different in some way. The story for that character presents real life discrimination against him, his response and that of those around him. It's real life. One the surface, you say well half man half deer can't happen. Not so, today, researchers using 'magic' meds to prevent rejection of foreign cells and generic engineering are growing human ears on the back of mice! Someone 'imagined' that possibility.

Interviewer:  What do you love most about your epic story?

Craig:  I suppose I love the scope and depth of the story and its characters. One can read it for the fantasy entertainment, but for those who want more, there is a depiction of life, real life through a man whose character grows in response to life's challenges. All through the series, the humanity of the characters are rich with personalities and building relationships. Who doesn't love warm human relationships,with frailty and vulnerability, they can relate to? We all seek hope through life's challenges.

Book one, The Dragon Ring, spans the coming of age phase, ages twelve through nineteen, in the life of the protagonist, Saxthor. This foundation establishes the character and integrity as well as the relationships of the primary characters. The reader grows up with Saxthor inside his head. Thus, through the series and his life the reader knows not only what is happening, but also what and why the key characters are thinking that makes them act as they do through the challenges life presents.

Interviewer:  How did you write this series?

Craig:  A family friend and teacher in my youth once said, "You should write some of this down." Many decades later, when I needed to 'think outside the box,' I decided to write a book inspired by that seed thought. I drew a map, I love maps, and named the kingdoms using names created from my home grown language. The manes are magical to me. From there, I sat down with just a framework in mind. After the first fifty pages, the story took off and I just typed, going along for the ride!

Interviewer:  Where do the exciting covers come from for your series?

Craig:  I designed each cover from an episode in the book. I've been really lucky to discover two very talented book cover artists to bring my visions to life.