Hello everyone... Today we are interviewing Author Jamie Eubanks for her book "HIDDEN DOORS, SECRET ROOMS". It's a paranormal suspense  with creative story and surprising twists. So, we asked Jamie a few question about the book and herself, below are the answers: 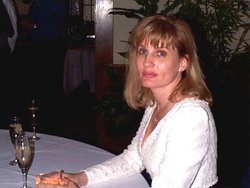 Ans. => I was very young; perhaps eight or nine. Back then, I hadn’t thought of it in terms of “wanting to be a writer.” It was more of a realization that one of my favorite parts of school was when I had a writing assignment – especially when it involved the kind of creativity found in fiction.

Ans. => It took about three to four months to come up with the first draft for HIDDEN DOORS, SECRET ROOMS. That was the fun part. Then, it took another four months or so to prepare it for publication. In addition to writing, I run a private investigations company, which keeps me very busy. I’ve never run into a shortage of ideas for my stories. Likewise, I’ve yet to come up against the dreaded “writers’ block.” Once I decide to write a story, it can go very quickly. But prepping a manuscript for publication is time consuming, and it takes a lot of work.
Ans. => As I mentioned, I have a day job – one that sometimes runs well into the evening hours and occasionally into the wee hours of the morning. In order to get anything done for writing, I have to be flexible, yet strict. Flexible, in the sense that I might be up until 1:00 am, or even 5:00 am to finish an important segment of a manuscript, depending upon what hours my day job allows me to write. Strict, in the sense that my writing has to be a priority. So when I’m not working at my day job, but in “full writing mode,” I have little time for anything else. 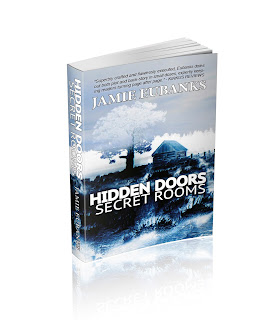 Ans. => I’ve always enjoyed troubleshooting. I like to imagine scenarios – some of them rather strange – and try to work my way out of them. It was one of the ways I amused myself as a child, when the family would go on those long, cross-country drives every summer. For this book, I was living in Palm Springs at the time; it was summer and a very hot day. My mind wandered to how welcoming a bit of “snow” would be at that moment. Before long, that “bit of snow” had turned into an imaginary raging snowstorm. And that’s how I happened upon my opening scene, where Jillian is trapped in a blinding blizzard with her 5-year-old daughter. The rest of the story simply took off from there.
Ans. => I had these nine manuscripts that I’d completed a few years back. All first drafts, nowhere even near ready for publication. A few family members and friends had read some of the stories over the years and seemed to enjoy them. Then one day, my sister Rachel called me up and told me that she and her husband were discussing their favorite books. My brother-in-law, Steve, said he couldn’t recall the title or author of his favorite book, so instead went into a description of the plot and characters. My sister immediately recognized the story, and was so excited that she had to call me and let me know; because, it was one of mine. She said that it was proof that it was an unbiased opinion, even though it came from family. That’s when I decided to publish. I figured if Steve enjoyed it so much, maybe other people would, too.
Ans. => As I mentioned earlier, I enjoy troubleshooting. It’s one of the reason why computers and I get along so well. Sometimes, as it was with HIDDEN DOORS, SECRET ROOMS, it’s just a matter of envisioning that opening scene, one where the main protagonist is in immediate peril, then attempting to work my way out of it. I also enjoy doing research for these projects, so poring over books and the Internet – in order to glean background information and gain knowledge for the more technical aspects of my stories – is actually fun for me.

Ans. => I wrote a lot of short stories when I was a child in school. As for book-length novels, my first manuscript was handwritten in ink on a lined, yellow notepad, many years ago when I lived in Louisiana. So I was probably in my early- to mid-20s for my first novel-length fiction. I wrote it simply for the challenge of writing novel-length fiction, as I’d never done so before and wanted to know if I had the determination and enough drive to see it through to the end. I wasn’t more than a few chapters into it when I realized that it was exactly what my life had been missing.
Ans. => I love Martial arts. I spend quite a bit of time at my dojo. There’s something very calming about sweating profusely while pounding on a heavy bag with that all I’m worth. I read quite a bit, too. (I am sure that I have over 100 books waiting for me on my Kindle). Though I mainly write paranormal suspense, I read anything from romance to crime, to fantasy stories of swords and dragons. I also love playing guitar, and miss being in a band.
Ans. => I have 9 manuscripts all together. I recently began the editing process on one of them that is tentatively titled UPSHOT. To pick one favorite from the list would be difficult. HIDDEN DOORS, SECRET ROOMS is definitely on the shortlist. As is UPSHOT. I have one other that remains without title that I hope to soon edit for publication. Like the others, it’s a paranormal suspense, but this one took me only six weeks to write. It was one of those times when the entire story was solidly in my mind from the very moment that first scene entered my head, and it practically wrote itself.

Ans. => I’m currently working on UPSHOT, a paranormal suspense. I’m in the editing process, and expect to have it ready for publication in the next few months. There’s another paranormal suspense I started recently, as well, currently without title and only the first few chapters are written. Due to the time constraints of also running a business, I made the decision to put my new manuscript on the back burner until UPSHOT is complete.