Hello everyone... Today we are interviewing Author P M Thomas for his book "The Woman and The Boy". It's an Erotica suspense with sexy affair and a passionate love. So, we asked P M Thomas a few question about the book and himself, below are the answers:

1.    When did you first realize you wanted to be a writer?


Ans. => When I was a teenager, I developed a taste for writing at 16 when I wrote my first ever screenplay, a sequel to the 1987 cult horror “Hellraiser”, it was a terrible script and my youth showed in the style, format and the plot. But it was a start and it laid the groundwork for me to shape up my writing skills to what they are now. Writing is like a journey, and you grow wiser to yourself and the art of crafting a story as you go along. 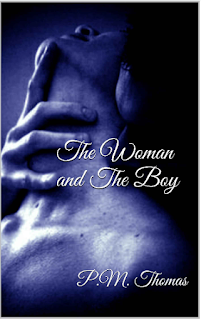 Ans. => It varies on the story, my one book “The Blade Warrior”, a fantasy epic in the style of an 80s sword and sorcery movies took me a whole year to write. Other more shorter books like “Zombie Forest”, a homage to 80s European horror movies took me over a month to write.

3.    What is your work schedule like when you're writing?
Ans. => I'm a workaholic, I try to get as much work done as possible. I write as much as I can in the morning, have a break in the afternoon, then carry on writing from late at evening to the night.


Ans. => I was asked my someone very dear and very special to me, Margie Newton, a great Italian actress well known by cult movie enthusiasts as the star of the 1980 zombie movie “Hell of the Living Dead”, she had this story in mind, about a mature woman and a younger boy who meet and begin a wild love affair that ends in a tragedy, and with the woman distraught over their relationship ending, has to rise from the ashes of her own despair like a phoenix, stronger then she's ever been before.
Based on her storyline, I crafted an erotic love story with a difference “The Woman and The Boy “, it's basically like a great play in novel form, the main inspiration was the works of Anthony Shaffer and Harold Pinter with sharp dialogue and a deep focus on the human psyche. On the surface it is an erotic story about a mature erotic author who meets a handsome young man at a book signing, and takes him home to engage in a passionate night session. However, as they start getting to know each other, they discover that there is more to this than a one night stand. They are kindred spirits, two souls that have missed so much in the world due to one being a writer and the other a student, and are in need of some kind of deeper fulfilment in life, and as they develop a wild and beautiful love affair, they finally find happiness with each other by fulfilling their deepest desires, sharing their inner most sexual fetishes and satisfying their newfound lovers thus giving them a purpose and making their lives complete. But there's much more to it than just sex scenes, it is a deep character study. The sex is a form of therapy, a part of their nature, it defines them and brings them together. But like all good things, it must come to an end and when it does, it sees them both making drastic changes in their own lives and for the lives of their other half. Deep inside, it is a story of finding your way in life.

5.    How you become a published author? Any inspiration?
Ans. => I became a published author thanks to a fellow author Davie Graham, writer of the popular “Silent Blade Chronicles” fantasy series on Amazon, if I hadn’t met him, I would have never have got in touch with publishing house Ecanus who released by first professional novel “Humanity Lost” last year and got the ball rolling, I am very grateful to him and Ecanus for that,

6.    Where do you get your information or ideas for your books?
Ans. => A vareity of things, sometimes things in the world gives me ideas, sometimes it's a film or a book, sometimes it's from my own imagination in overdrive creating a possible new idea to delve into. There are endless sources to create ideas, many times they come to you when you least expect it.

7.    When did you write your first book and how old were you?
Ans. => This story is becoming quite famous with my origin. I wrote my first book at 16 after dropping out of college, an awful experience that was (college, not writing the book). It was a gritty urban splatterpunk novel called “Warriors of the Night”. Looking back at it now, it’s evident how inexperienced I was as a writer then, I still cringe at it. The book is a crazy, gonzo mess of different genres all thrown into a blender to make one insane story. It would be nice to have it published just as a curiosity, but I think the outlandish gore puts publishers off, Ecanus included. Maybe one day it might be possible for authors to see the origin of a budding young author and see the difference between it and my later work as an adult. It would probably make an entertaining read, one of those books in the style of a cult b-movie that would’ve been shown on BBC’s moviedrome with Alex Cox. A privilege that would be.

8.    What do you like to do when you're not writing?
Ans. => I usually try to unwind and take my mind off writing for a little bit, I sit back, listen to some music to relax, play a videogame to keep my fingers busy or watch a film to get my creative juices flowing for any possible future ideas.

9.    How many books have you written? Which is your favourite?
Ans. => I have written 12 at the moment. I'd have to say my favourite would be “The Woman and The Boy”, it was a fun experience writing it and an honour to create a story for the one and only, Margie Newton. A chance like that doesn't happen very often.

10.  What's next for you? What are you working on now?
Ans. => I've currently published my latest novel “Mutilator from the Grave”, based on a gory splatter film I have produced of the same name, written and directed by Alex Wesley, a good friend of mine in Russia who has made many cult splatter films in his homeland. The film is part of his upcoming masterpiece, an anthology of the macabre that doesn't shy away from the red stuff.
Mutilator from the Grave, both the film and the novelization are a horror love story about a loving couple who are separated and killed under a tragic and unjust circumstance. The boyfriend returns from the dead as a vengeful zombie hell bent on avenging his girlfriend and his own murder, only then can they find peace. It's kind of like what would happen if The Crow was mixed with a slasher, torture movie.

As for new projects, I'm working on a romantic thriller about a loving wife who is enduring terrible abuse at the hand of her bitter husband, angry at the world that wronged him and using her as a means of venting his frustration. Desperate to escape, she meets a man who is in love with love itself, he frees her from her cold husband and gives her a warmth she had forgot existed. It all seems set that the two are going to start a new life together, but there's only one obstacle that stands in their way to happiness, her ex-husband bearing a murderous grudge.